When you’re new to horse riding, it can seem like equestrian terms are an entirely different language! There are a lot of words and phrases horse riders use that can be quite foreign for people new to horses. But no worries — we’ve got you covered! Here are some of the common horse terms and definitions to get you on your way to sounding like an expert in no time.

Horse gear is commonly called “tack” by equestrians. Tack is any accessory worn by a horse or used with a horse, including the commonly-used gear on this list.

Horses aren’t the only ones with their own special gear. Riders also have equestrian gear worn specifically for horseback riding.

Other Words for Horses

The following different names for horses are used based on their age, gender, and if they are intact or castrated.

English riding is a form of horse riding with several disciplines, including the following:

These are other commonly-used horse-related words you may come across:

There’s a lot to learn when you are first introduced to horses. Not only are you learning to care for them and ride them, but you also have a whole new list of terminology to figure out. With this glossary in hand, you should be off to a great start and ready to begin putting your new knowledge into practice. 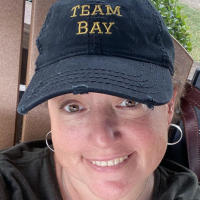 Pole Exercises For Success
How To Leg Up For Show Season